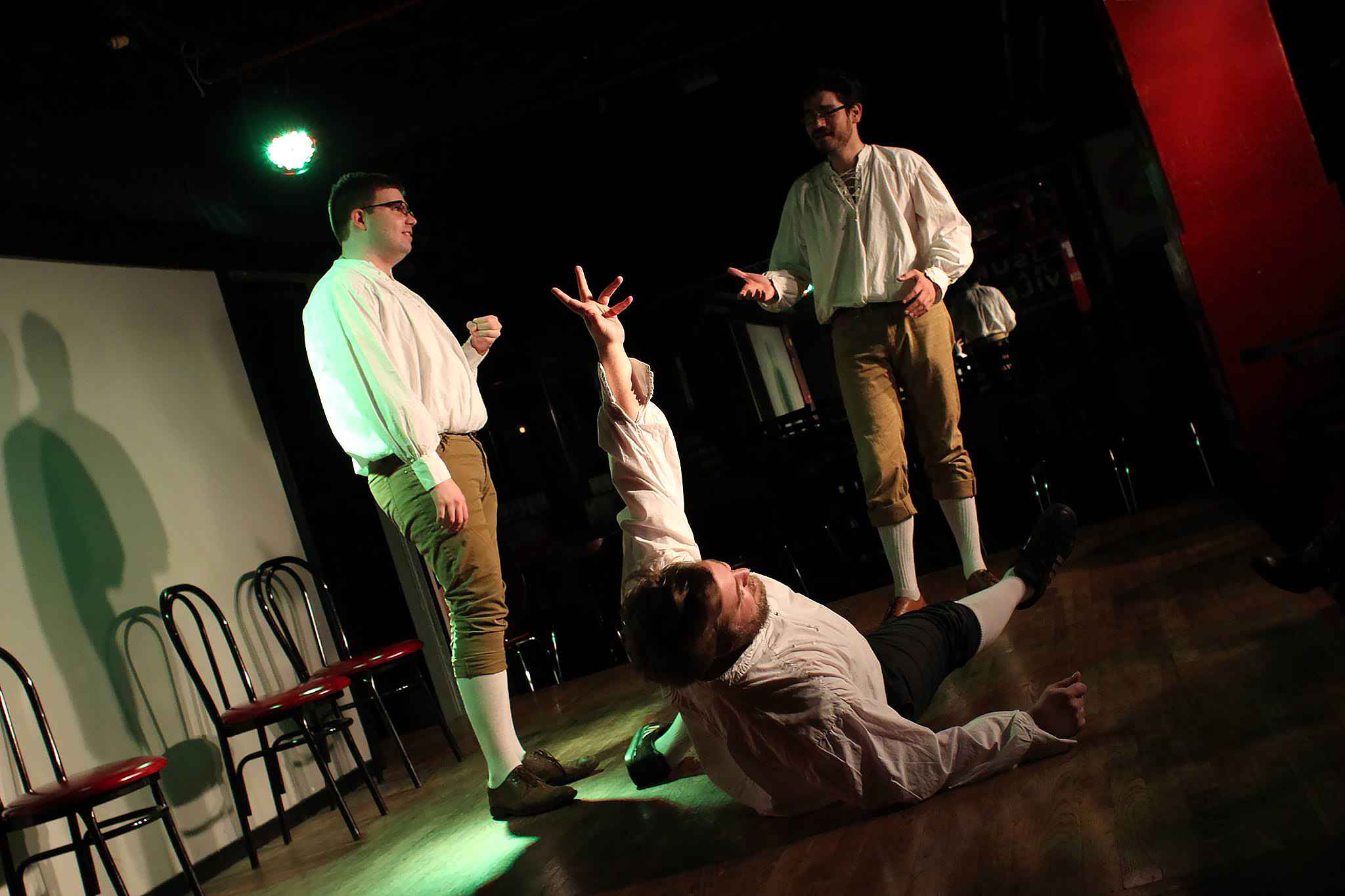 Friends, foes, fools! Do you ever bemoan the fact that the 884,647 words William Shakespeare wrote have been performed already? Do you yearn for the experience of seeing the Bard's works for the first time? Then celebrate the glad tidings of As You Will and our unscripted Shakespeare show! These Shakespearean scholars are here to present all the monumental works the immortal Bard would’ve written if he hadn’t gone and died. Armed with a title given by the audience, the players of As You Will bring a Shakespearean comedy to life complete with Shakspeare's themes, language, poetic verse, and some scholarly footnotes thrown in for good measure. As You Will has performed such classics as “The Eight Merry Spiders,” “That Doth Not Go There,” “1601: A Space Odyssey,” and, though those shows will never be seen again, there’s always a Shakespearean world premiere in our makeshift Globe Theatre at Under St Marks.