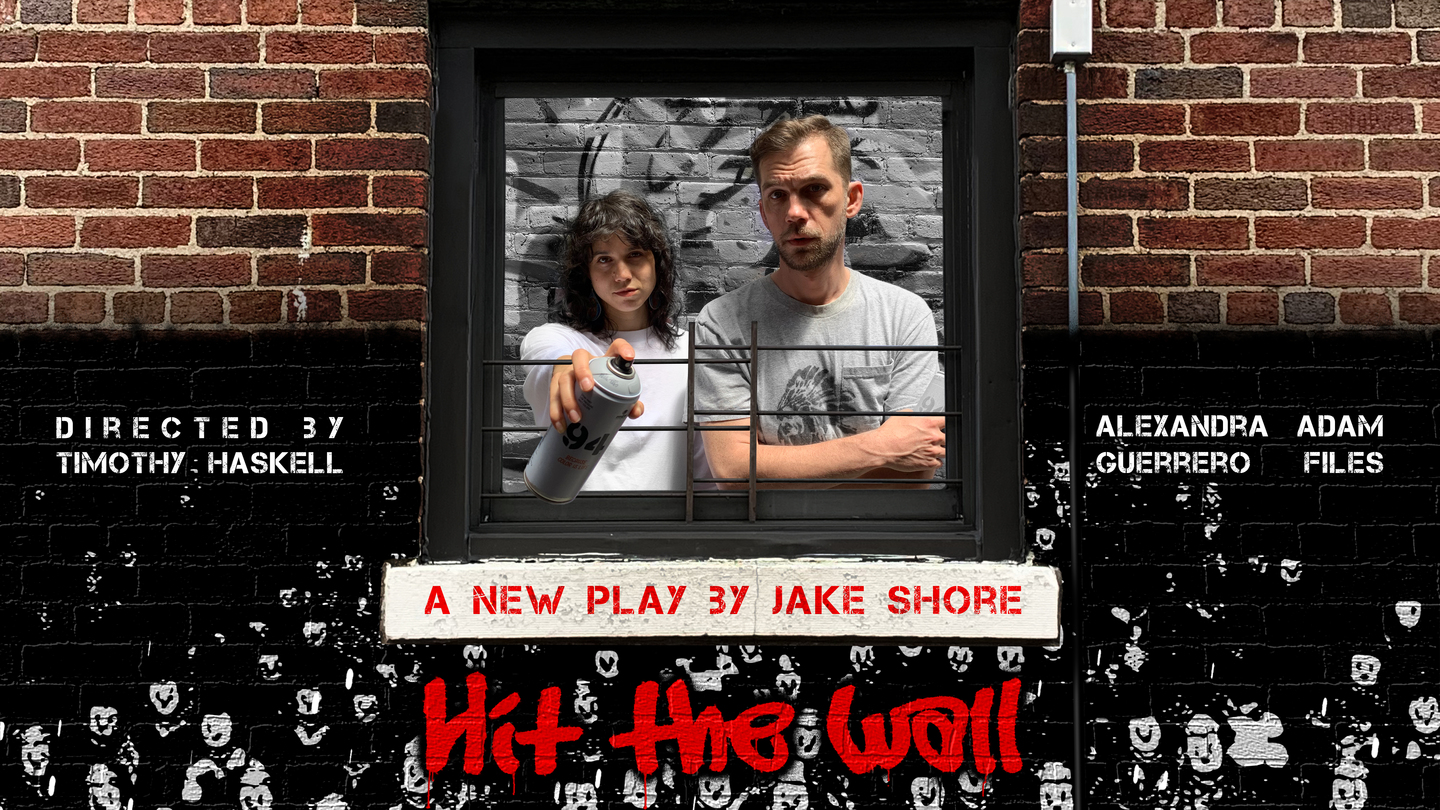 Amir is the most famous graffiti artist in the world, but to stay out of jail, he must remain anonymous. His protégé, Rae, has great talent and is progressing, inching ever closer to tagging the perfect wall with her graffiti. Despite this, when the student threatens the teacher, things turn dire. Amir's sanity wanes. He begins wondering whether he's the central character in a play. Will Rae follow?

Jake Shore is an award-winning playwright whose play entitled Holy Moly premiered at The Flea Theater in 2016 and was simultaneously released with its tandem novel, A Country for Fibbing. In 2017 Shore's play The Devil is on The Loose with an Axe in Marshalltown was selected as one of Playbill's "13 Shows Not to Miss Off-Broadway." Shore's short stories have been published in Denver Quarterly, Hobart, Litro, New Contrast and others.

Since its founding in 1998, Spin Cycle has co-produced shows by artists including Joan Rivers, Anthony Rapp, Gavin Creel, Holly Woodlawn, Alison Arngrim, Alec Mapa, Alice Ripley, Karen Finley, and Ain Gordon. Other producing credits include the World Premiere of The Donkey Show, Kiki & Herb’s Obie winning Have Another, The Vaudevillians starring Jinkx Monsoon, John Kelly’s Paved Paradise, and the Rochester premiere of Woman Before A Glass (directed by Austin Pendleton).