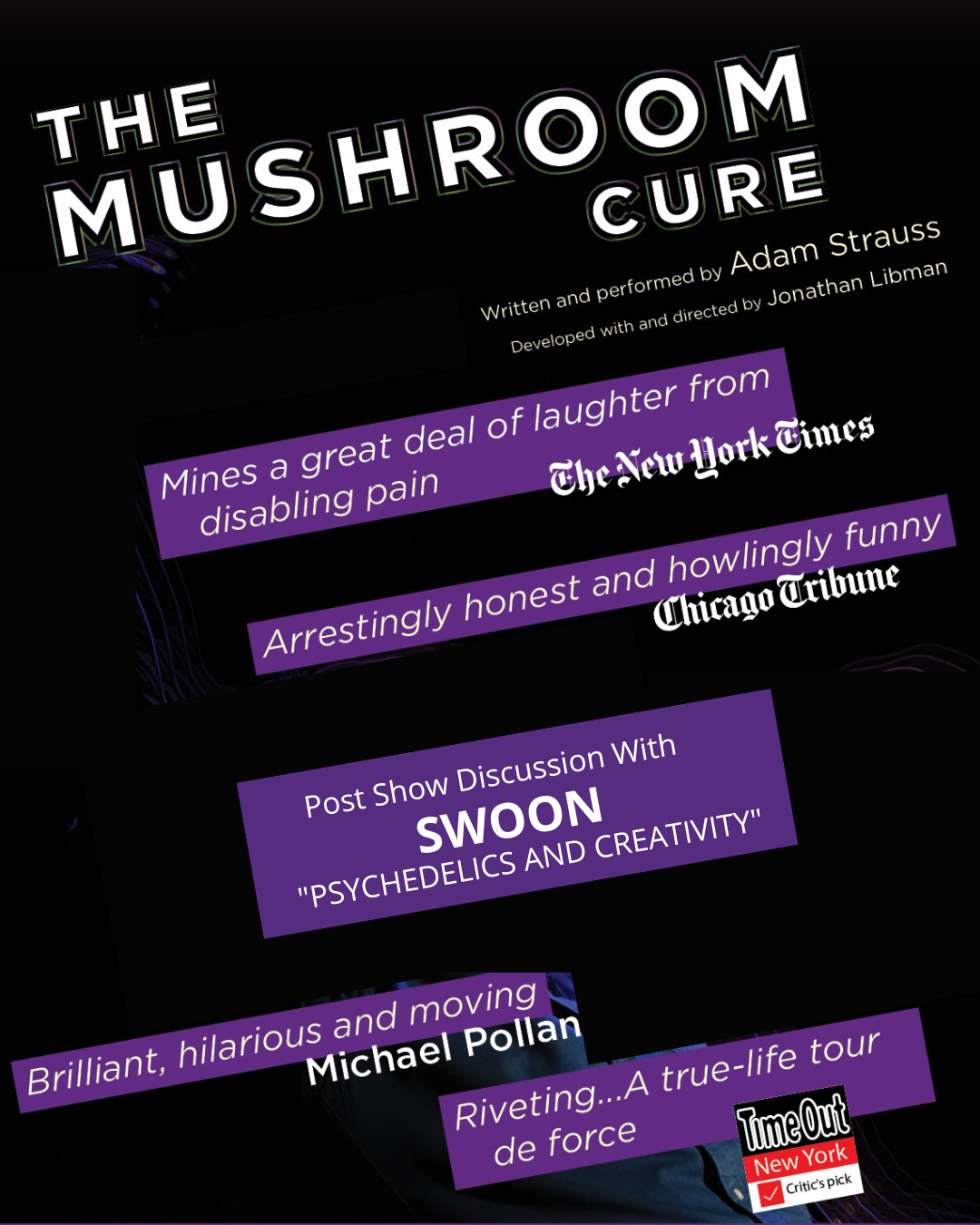 The Mushroom Cure is the true story of how comedian Adam Strauss treated his severe OCD with psychedelics. The New York Times says it "mines a great deal of laughter from disabling pain," Michael Pollan calls it "brilliant, hilarious and moving," The Chicago Tribune calls it "arrestingly honest and howlingly funny" and Time Out New York calls it "a true life tour de force".

After the show, Adam will be joined by the brilliant Swoon for a discussion on psychedelics and creativity. (NOTE: the show is 85 minutes long, and the discussion will last around 30 minutes).

Sponsored by the Multidisciplinary Association for Psychedelic Studies (MAPS

No performance available for The Mushroom Cure

Book your tickets for The Mushroom Cure

Book your tickets for The Mushroom Cure