Back to events
BIPOC, Play, Drama - The Fire This Time 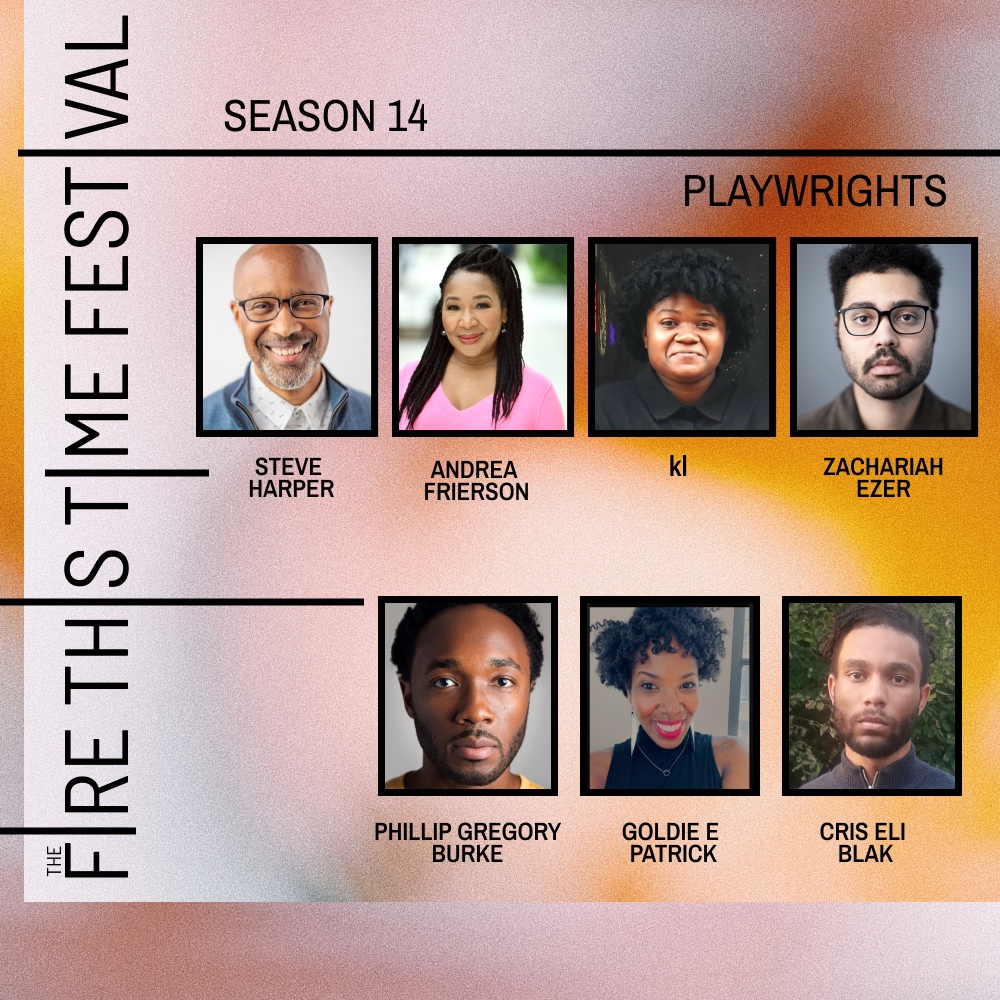 14th Annual Ten-Minute Play ProgramDirected by Goldie E. Patrick"Tuff" by Cris Eli BlackCollege fraternity brothers Coach and Goose meet at a bar on the one year anniversary of the passing of Coach's teenage son, who was a student athlete. The conversation quickly turns to one of accountability, reflection, and shame when Goose implies that the death may have been caused by Coach's impossible parental expectations and problematic feelings on the necessity of masculinity when it comes to Black men."He’s the First" by Phillip Gregory BurkeA random encounter at a library leaves two complete yet, curious strangers from different academic worlds the chance to explore their similarities or judge their books by their covers."Black Women in Tech" by Zachariah EzerTwo Black women struggle to be seen by each other and the racist smart home they are trapped inside of."Houston"  by Andrea Frierson“Houston, we have a problem…” It's April 13, 1970 -- the day of the aborted Apollo 13th space mission.  Alexander and his wife Shirley, attractive, award-winning concert artists, are headed by bus to Houston, Texas for a concert, but somehow end up on a rural southern farm in Alabama, causing questions to arise about emotional distance, physical proximity, authentic partnership…as well as the musical taste of farm animals."For the Dark-Skinned Movie Going People of the World"  by Steve HarperJasmine, a 20 something singer, goes undercover, posing as a maid to confront Karl, a filmmaker, in the hopes of convincing him to hire her. She engages him in a spirited debate about trends in black film casting and what makes a good actor in the hopes of impressing the stoic by-the-book director. "For the Dark-Skinned Movie Going People of the World" is an incisive comic drama about the serious business of creating art for the masses."Tower" by klAt a small outpost of Tower Records, tickets are about to go on sale for the upcoming Prince and the Revolution Purple Rain tour. The Tower employees are all ready to open the store, welcome the crowd, and sell tickets, but their manager and the tickets themselves are nowhere to be found."#Lakeisha Jefferson" by Goldie E. PatrickIn the thick of the Black Lives Matter movement young LaKeisha Jefferson has discovered what she wants to be when she grows up...a hashtag. This chilling 10-minute play throws the complex reality of trying to grow up young, Black, and girl in a world that is determined to hunt you. Her family tries to explain to her the danger of her desire, but can't make sense of their explanation; because, in this world, her wish may make sense? Patrons are required to wear masks at all Fire This Time Festival events!

No performance available for The 14th Annual Ten-Minute Play Program

Book your tickets for The 14th Annual Ten-Minute Play Program

Book your tickets for The 14th Annual Ten-Minute Play Program