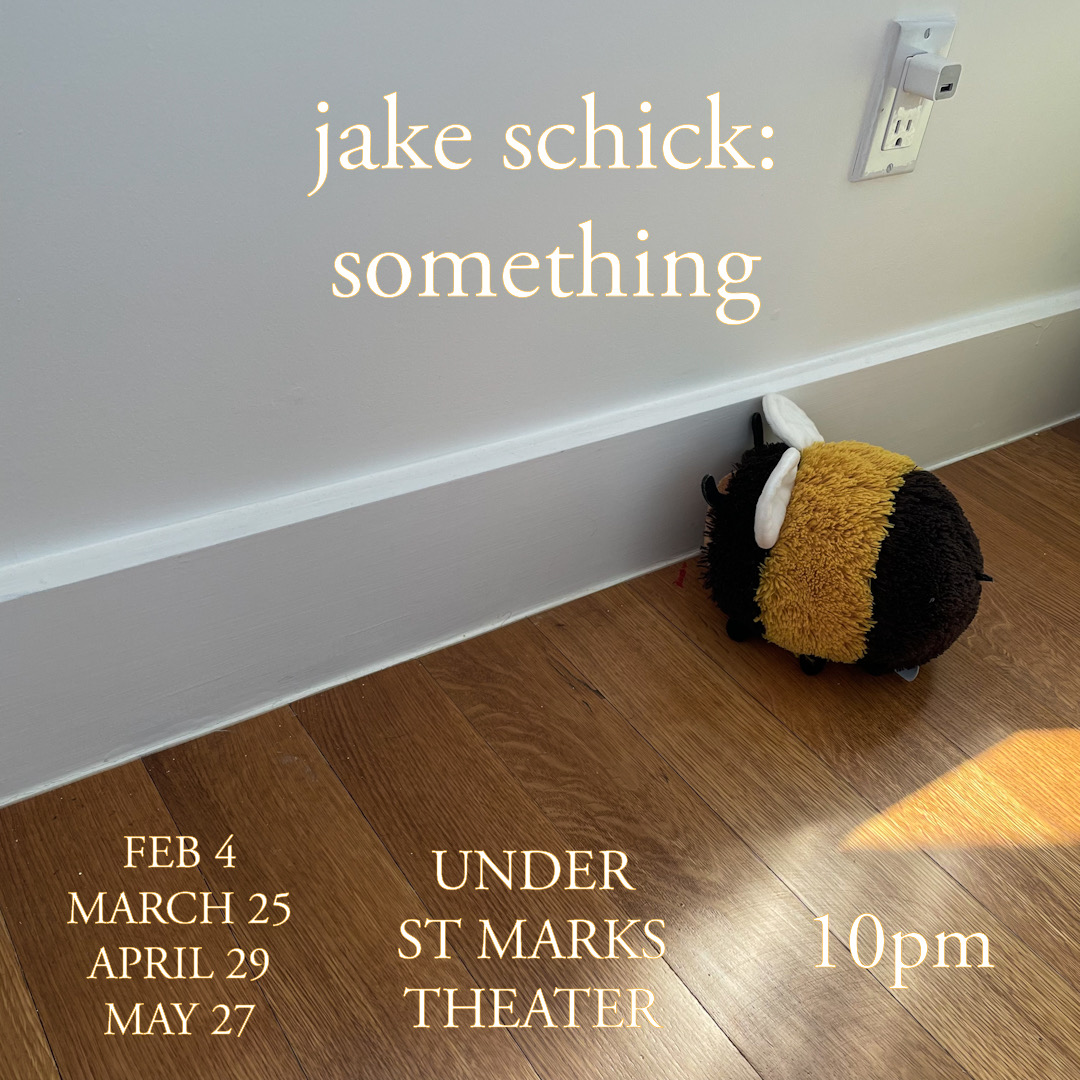 Pay what you can!

Jake Schick is a comedian from Houston, Texas, who has been performing in clubs and theaters throughout New York for the past six years. They recently headlined Littlefield for The New York Comedy Festival, and were selected for The Little Island Festival. They have performed at the Bell House, Union Hall, New York Comedy Club, and countless other venues all the way from NYC to Paris.

Jake is figuring out this show, so come out to watch a live comedy show being worked out in front of you. This show is both scripted & unscripted.